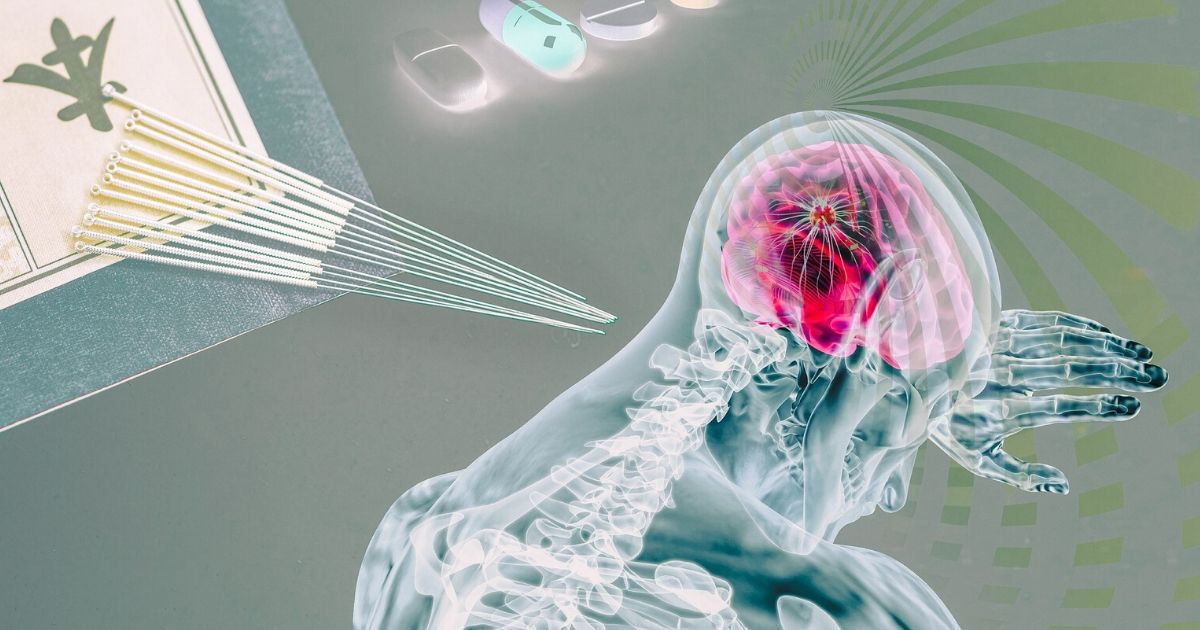 Acupuncture is a practice of traditional Chinese medicine that has been used to treat many ailments since the earliest historical record of its use around 100 B.C. While most often used to relieve pain, acupuncture can be used to treat a range of other conditions. Through the application of inserting thin needles in the skin, specific points on the body known as acupuncture or acupressure points are stimulated, which is believed to relieve the disruption in the flow of energy in the body, or qi.

Commonly used as a complementary therapy, acupuncture is believed to be effective in treating chronic pain, inflammation, nausea, pain associated with cancer, depression, anxiety and sleep disorders. Acupuncture promotes natural self-healing and the improvement of the body’s functions. When your qi (pronounced "chee") is in balance, the body is healthy.

The number of treatments needed differs for each individual receiving treatment. For acute problems, 10 or 12 treatments may be needed, with significant relief possible after the first treatment. Chronic conditions may need one or two treatments per week for several months. A treatment plan should be discussed upon your first visit to determine how many treatments will be needed for your specific condition.

There have been a number of studies that suggest acupuncture may help in relieving low-back pain, osteoarthritis, neck pain and knee pain. It may also be helpful in the prevention of migraine. A 2012 randomized clinical trial showed that acupuncture "may be associated with long-term reduction in migraine occurrence compared with sham acupuncture or assigned to a waiting list."

Migraine is the second leading cause of years lived with disability globally. Approximately 38% of people with migraine need preventive therapy, however only 3-13% actually receive it. While several pharmacotherapies are strongly recommended for use in the prevention of migraine, including topiramate, candesartan, gabapentin and amitriptyline, they come with an increased risk for negative side effects such as weight gain, sleep disturbances and gastrointestinal intolerances.

For these reasons, including the possible excessive use of analgesics or migraine-specific abortives which could lead to medication adaptation headache, low-risk interventions such as acupuncture for migraines may be a more viable option. Two goals that acupuncture attempts to achieve are pain relief during an attack and preventing future attacks. In traditional Chinese medicine and treating migraine, there are specific points that are most frequently used — these are called Shao yang points.

The Study of Acupuncture for Migraines

Shao yang is one of the three yang levels in the six-meridian (or stage) theory. According to Yin Yang House Theory, "using the theory of the six stages you can see a progression of conditions from external to internal. By treating the correct "stage" you can avoid, for example, either driving the condition in deeper or blocking it's way "out" of the body". While studies have established that the stimuli induced through traditional acupuncture can induce activity in pain-related central networks, the central analgesic mechanism is something that is not yet understood very well.

A 2013 study of 100 people with migraine was conducted to evaluate the therapeutic effects and results of a functional MRI before and after 10 and 20 acupuncture treatments. The goal of this research was to investigate changes in brain functional behavior and central networks in subjects experiencing migraine using acupuncture at uncommon Shao yang acupoints. This research gives a further explanation for the main analgesic process by which Shao yang acupoints treat migraine through acupuncture.

A 2012 study investigated the long-term effects of actual acupuncture relative to placebo acupuncture, and also being included in a migraine prophylaxis waiting-list control group. This was a randomized clinical trial lasting 24 weeks (4 weeks of diagnosis followed by 20 weeks of follow-up). Participants were allocated randomly to real acupuncture, placebo acupuncture or a control group waiting list. The trial was performed in ambulatory environments at 3 hospital sites in China, from October 2012 to September 2014.

The study had a total of 249 participants between 18 and 65 years old, who had migraine without aura based on International Headache Society guidelines, and two to eight attacks a month. For a total of 20 treatments, patients in the real acupuncture and placebo acupuncture groups got treatment for four weeks, five days a week. Participants in the waiting-list group were not offered acupuncture but were told at the conclusion of the study that 20 acupuncture treatments will be given for free. Participants reported migraine symptoms using diaries.