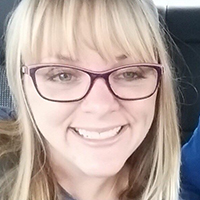 What were the steps leading up to your diagnosis?

I can remember my first migraine; I was 12 years old and at my best friend’s house for a sleepover. My head started aching terribly. My friend’s mother called my mom, who asked her to give me some ibuprofen and a nap.

I woke up several hours later feeling a bit “out of it,” but headache-free. I enjoyed the rest of the sleepover with my friends. The next day my mom chalked it up to too much sugar.

A few weeks later, it happened again. The headaches came with alarming frequency. So, my mom took me to my pediatrician. I can’t remember the exact sequence of events, but I ultimately had an MRI of my head and a referral to a pediatric neurologist.

And so began my life with migraines. Initially, we were given a treatment plan of medications that would treat the headaches as they occurred. Given my young age, the neurologist didn’t want to start me on a daily medication unless we needed to. This plan worked okay for a while.

However, it became apparent that my migraines were often related to stress (and who isn’t stressed in middle school?) so I was ultimately taking rescue medication almost daily. Which, as every migraineur knows, is a breeding ground for the dreaded rebound headache.

So, the neurologist prescribed me a daily medication. To be honest, I can’t remember what medication I was started on – it has changed so much over the years that the names blend together.

My migraines waxed and waned during my teenage years – I had periods of time where they were well-controlled, while other occasions I could hardly get out of bed.

And so began my life with migraines.

Who has been there for you? How?

After I graduated college, I landed my first job as an LPN. I’d like to say that the stress of college melted away my headaches; on the contrary – if anything, working as a nurse made things worse.

I also kept my job as a cocktail waitress to help pay my nursing school bills – there were some days that I worked until 7:30 a.m., slept three hours, worked the day shift at the bar, went back to bed, woke up at 9:30 p.m. in time to make it back to work for 11 p.m. – then do it all over again. Somehow, I kept up with my school work.

When I graduated as an RN, I have to admit – my headaches got better. During the previous several years, I was on a cocktail of medications that was constantly changing.

Now that I wasn’t in school, I had time to breathe. I had another health scare that ultimately urged me to post for a day shift position and that really helped my health in general.

Eventually, the stress of floor nursing got to me and I have been working in various different settings as a nurse for the past six years – and although my headaches have waxed and waned, they have in general been better than they’d been when I was in college and working the night shift.

The past year, I’ve had some compounding personal and health issues. Stress has made my migraines worse. I still take medications (currently Topamax) but I have turned to other alternative treatment modalities to help – therapy, yoga, guided meditation, chiropractic care, and craniosacral massage.

Over the past 19 years as a migraineur, I’ve learned several things… one, migraines come and go in “seasons” – when you think you’ve got them figured out, everything changes. And two, sometimes lifestyle changes can make all of the difference.

What lifestyle changes have you needed to make?

One amazing thing that happened to me, though, that has changed my life? At the age of 15, my mother introduced me to yoga. She dragged me to class, stating it would help my migraines.

Although I didn’t begin a daily practice as a teenager, I did fall in love with the asanas – the postures – that made me feel strong and grounded.

Yoga doesn’t cure my headaches, but it settles my mind, which sometimes prevents a migraine from occurring in the first place.

As I graduated high school and entered college, I noticed something. I gained my independence, but my headaches got worse. I enrolled in college and was doing prerequisites for nursing school.

Eventually, I moved into a house with two of my best friends. I was working as a cocktail waitress, working until bar close, paying for rent, car insurance, and my cell phone, in addition to my drinking habit. And while I have to say I had a lot of fun in college, it was also stressful.

I didn’t get into RN school and ultimately enrolled in LPN school instead. I had a good friend die in a car accident. The combination of school, work, lifestyle, and stress nearly caused me to have a constant headache during my college years, and no amount of medication was going to change that.

What accomplishment are you proud of?

Despite my chronic migraines for over 20 years (sometimes daily migraines), I have managed to achieve many goals. I supported myself throughout LPN school. I can't say that my lifestyle was "healthy," but I did pay my way.

When I chose to get my RN, I also was able to work through it on my own. And my biggest accomplishment? I am one month away from obtaining my 200-hour yoga teacher training certification.

A little over a year ago, I had an MRI that diagnosed me with a meningioma. As I've mentioned, I've had yoga practice since I was 15 years old. After my diagnosis, I turned to yoga, once again, to work through my anxiety, which spurred more migraines. A local yoga studio opened a yoga school, and the timing was uncanny - I signed up immediately.

What's your advice to someone else living with Migraines?

Some days, dealing with a chronic condition is all about surviving – and that is great. Like you, I have days with my migraines where it is all that I can do to get out of bed. But on the good days, I want to help others.

I want them to know that they'll get through it and that there's light somewhere. If you've got a talent or a skill, I encourage you to use it, to share that light with others.

For me, that talent is yoga. I can't do handstands. I can barely hold a crow pose. But I can teach you breathing techniques and guided meditations that will calm the anxious mind, possibly healing the migraine pain. And if you're feeling well, I can also guide you through a butt-kicking vinyasa flow.

Krysti is a long-time migraine and asthma sufferer, who began having anxiety after her son was born. She enjoys writing about these topics, as well as diabetes, as she is an RN and certified diabetes educator (CDE).

With her nursing experience, she also writes for a variety of other pages on NewLifeOutlook. By day, she is a practicing nurse, but by night she is a mother, wife, and freelance writer, although she is enjoying writing more and more. In addition to writing about her chronic conditions, she blogs about food allergies - her son has dairy, soy, and peanut allergies.

When she isn't working, writing for NewLifeOutlook, and blogging, you can find her practicing yoga, walking, reading, spending time with family and friends, traveling, and enjoying an occasional craft beer. 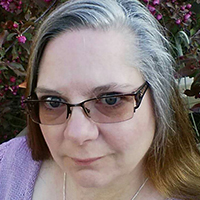 Bonnie Zink
"I have been able to manage my personal and professional lives in spite of my migraine attacks."
Read Bonnie's Story
Alyssa Winegarden 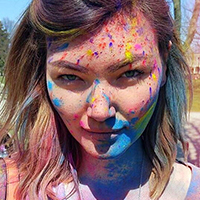 Alyssa Winegarden
"It took me a while to determine what some of my triggers were."
Read Alyssa's Story
Sarah Rathsack 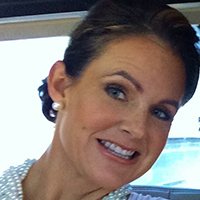 Sarah Rathsack
"Being a mom is my best and most important job."
Read Sarah's Story
See All Stories