How Will Pregnancy Affect Your Migraines? 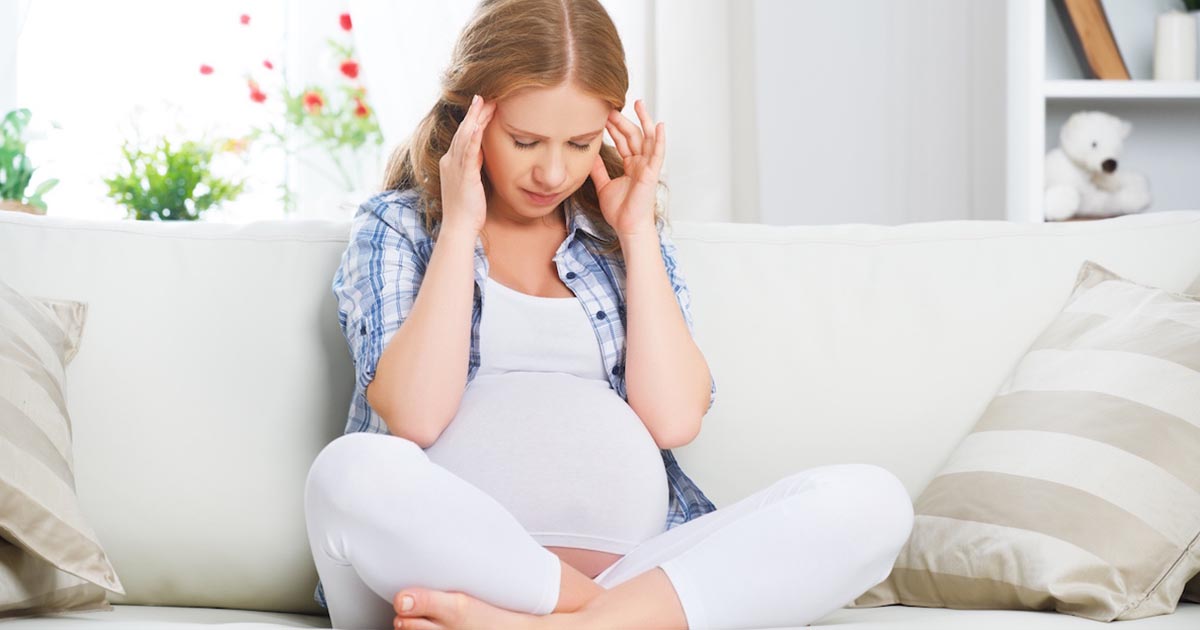 During pregnancy, the steady and high levels of estrogen help protect against migraine. However, not all women experience less migraine during their pregnancy. I was one of those women during my last pregnancy. My first trimester was marked by daily migraines. I had to see a neurologist and have an MRI done to figure out what was causing them.

Nothing out of the ordinary was found. Most likely it was due to the hormonal changes that come with the pregnancy. I didn’t have a treatment plan in place before the pregnancy because I was still episodic and used OTC medications for acute attacks. It took some time to put one together afterward, but my doctors and I found a workable plan.

I was prescribed a preventive medication that was safe to take during my pregnancy and helped to manage the daily migraines I was experiencing during my first trimester. The frequency and duration of attacks went down significantly into my second and third trimesters. Whether that was due to the medication or just from the natural progression of my pregnancy, I cannot say. What did happen is that I was able to enjoy the rest of my pregnancy with fewer migraine attacks.

Here are some guidelines on what a migraine treatment plan should include and what to avoid during pregnancy. Always discuss your options with your obstetrician, neurologist, and/or your primary care physician before beginning or stopping any medications or treatments.

What should the treatment plan include?

What is safe to use for the treatment of acute migraine attacks?

What should be avoided?

Which prevention medications should be avoided during pregnancy?

Which non-medicinal preventive treatments can be used?

The use of occipital nerve blocks can help for a prolonged migraine attack during pregnancy. The anesthetic, which is injected superficially into the occipitalis region of the scalp, does not go into the bloodstream and therefore does not affect the fetus.

Non-drug therapies should be tried first to treat migraine in women who are pregnant. These would include relaxation, sleep, massage, ice packs, and biofeedback. For treatment of acute migraine attacks, acetaminophen suppositories are considered the first choice of drug treatment. The risks associated with aspirin and ibuprofen are considered small when taken episodically and if avoided during the last trimester.

Triptans, dihydroergotamine, and ergotamine are contraindicated in women who are pregnant. Prochlorperazine for nausea is unlikely to be harmful during pregnancy. Metoclopramide is probably acceptable during the second and third trimester. Prophylactic (preventive) treatment is rarely indicated and the only drugs that can be given during pregnancy are the beta-blockers metoprolol and propranolol.

Some women prefer complementary and alternative medicines during their pregnancies, believing homeopathic and herbal remedies are gentler and have fewer side effects. Just as conventional medicines can have unwanted side effects, so can some complementary treatments.

All complementary medicines should be taken under the supervision of a practitioner. For example, rosemary essential oil needs to be avoided with aromatherapy massage, as well as cinnamon, clove, and clary sage, all of which can cause contractions. Reflexology is not advisable during pregnancy as it is believed to cause miscarriage. Feverfew should not be used during pregnancy as it can cause contractions.

If you are or will be breastfeeding your baby, it is best to avoid medications as much as possible because they will be passed on to the baby through the milk. Drugs used during the pregnancy can be taken when breastfeeding, except for aspirin. Aspirin could impair blood clotting in babies who may have this issue so it is best to be avoided.

If you need to take aspirin or the anti-nausea drug metoclopramide, do not breastfeed for 24 hours after the last dose. If you can, store breastmilk in the freezer for such occasions. Any milk expressed while on these medications will need to be thrown away. Otherwise, use formula until you can breastfeed again.

The same applies to the triptans almotriptan, eletriptan, frovatriptan, rizatriptan, and sumatriptan. They are licensed to use during breastfeeding if you do not breastfeed within 24 hours of the last dose. Again, you may need to “pump and dump," but if you keep extra milk stored in the freezer you can still give your baby breastmilk.

If you are planning a pregnancy and are taking regular medication for your migraine, talk to your doctor(s) on the best way to manage your migraine before and during the pregnancy, after the birth of your baby, and while you are breastfeeding.

Krystina Ostermeyer
Krysti is a practicing RN who also enjoys writing about health and wellness. She writes for a variety of NewLifeOutlook communities, as her ten years of nursing experience has enabled her to help many people with a variety of chronic conditions in her career. See all of Krystina's articles
More Articles by Krystina