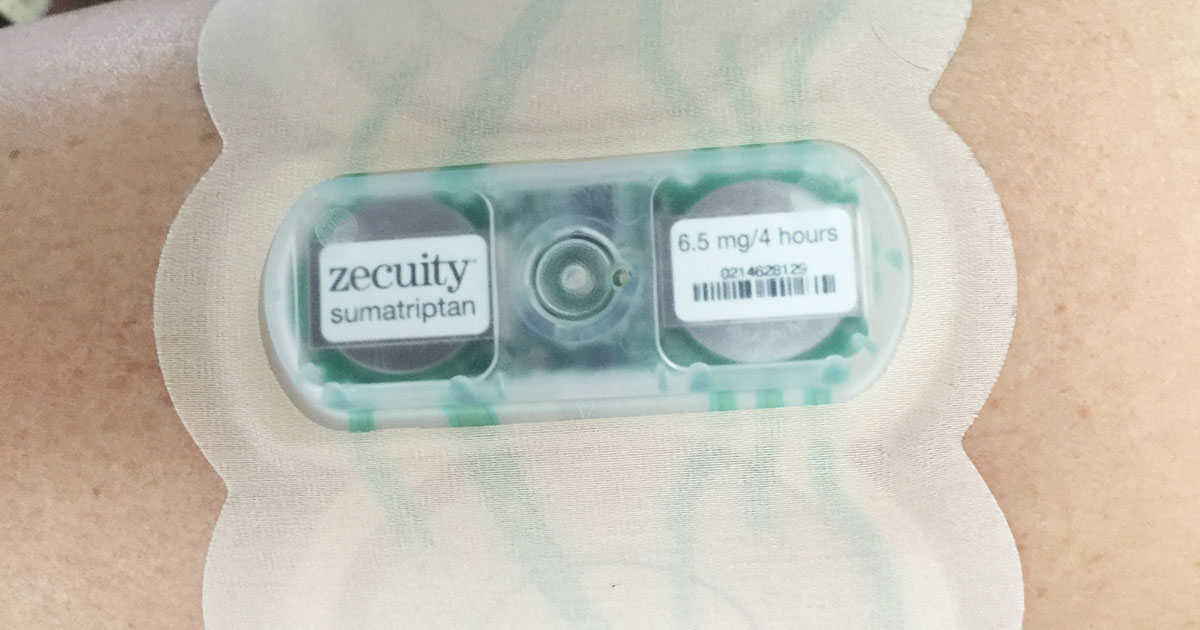 Sarah's Experience With Zecuity for Migraine

I recently tried a new medication called Zecuity. I had heard about it and when my doctor suggested it, I thought I’d try it.

Zecuity is a sumatriptan, which I use as a migraine abortive. I tend to throw up medication, so alternatives have been good for me.

I currently use a nasal spray in the form of Zomig and an injection in the form of Imitrex. I have had success with both and was hoping Zecuity could be another non-pill sumatriptan abortive that would help.

Zecuity is a single-use system patch designed to deliver sumatriptan through the skin using a low electrical current. It is powered by two lithium batteries, which control the amount of current applied.

How Is It Available?

Like most new medications, Zecuity was not easy to obtain. My doctor prescribed me the medication but I needed to get it from my specialty pharmacy. There were many phone calls, follow-ups and conversations before it was mailed to me.

The cost quoted to me was insanely high. They have a co-pay program and support staff to help with payment questions. Once again, more phone calls!

How Do You Use It?

Being that I had a higher intensity migraine for three days I thought it was the time to try Zecuity. My only plan for the day was to rest and hopefully feel better.

It’s a temperature sensitive medication, so when it was sent to me it was in a 15-pound box with Styrofoam and had items to protect it from going below 68 degrees or going above 77 degrees.

How Did It Feel?

When I first started the medication I felt shocks. I was startled, as I was expecting only a small sensation. It was alarming and I started reading all of the interactions and precautions to take if I thought I was having a reaction.

After about 10 minutes the shocks subsided to little bee stings or being snapped with a rubber band continuously. It was not pleasant, but doable. My skin gets super sensitive when I have a migraine so my perception of pain and sensitivities was heightened.

When I did get up, the bee sting sensation went back to shocks. The flexing and moving of my leg heightened the feeling so I tried to lay low as much as I could.

How Long Does It Work?

I kept Zecuity on for the full four hours. When the medication was done, the LED light turned off, signaling that it was complete.

Around three hours in, my leg muscle felt burned, tingled, and I felt fatigued. By the time the light turned off, I was ready to be done with the patch.

When I took it off, I peeled off the outside adhesive that was pressed on tight. I was a bit queasy pulling it off and felt relieved once I had disposed of it.

My leg muscles ached where the patch had been and I felt tired. The patch left a large red rash/burn from the left part and a slight redness on the right.

What Were The Results?

Like everything, everyone is different. I typically get many side effects from medication and was fully expecting to experience something beyond relief.

The biggest side effect for me was the marks it left on my leg. After 24 hours the redness hadn't gone down. After a week, when I took a hot shower I could still see the marks.

My leg was sensitive for about a week afterwards. If anything rubbed against my leg I was very aware of where the patch had been placed and had slight tingling.

As far as my migraine goes, it was effective. I had had a migraine for three days prior and firmly believe that I would not have had relief until I saw my neurologist at the end of the week if it wasn't for the patch. I did not need to medicate for days after. Overall, I’d say it worked.

Would You Do It Again?

I would not use the Zecuity patch again. My nasal spray works quickly and effectively with just some yucky taste in my mouth.

I really don’t love my injections but they works the fastest and really knock out some scary migraines that can’t be contained any other way. The Zecuity patch left a burn on my leg and was very uncomfortable to wear.

Since using the patch, I have been informed the company is temporarily suspending sales of Zecuity to investigate the cause of burns and scars linked to the patch. I am not surprised by this at all, being as I received such burns.

I’m disappointed they would market and distribute a medication that was not fully safe. As someone looking for anything to make them better, I have faith that my doctor and the pharmaceutical companies are only distributing safe and effective drugs. Yet another reason medication is so scary! I was given a ton of information on this medication, yet they made such a big mistake. How frustrating, disappointing and dangerous!

Overall, Zecuity was yet another attempt at finding my best migraine medication and yet another monumental fail. The disappointment is another reality check for me that medication and doctors don’t always know what is best for me or possibly don’t care the way they should. It should be a reminder to us all to be cautious when taking medications.

Have you tried Zecuity? What medication helps you? 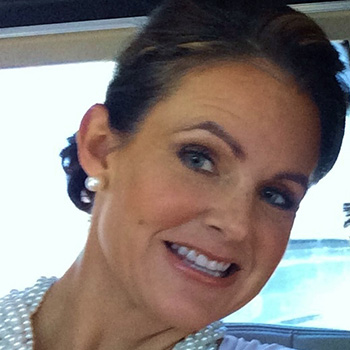 Sarah Rathsack
Sarah has been cursed with chronic migraines since she was 5 years old. She tries to find balance, answers and hope in a world filled with lots of pain and setbacks. You can find her on Facebook, Twitter, Instagram and on her blog, My Migraine Life. See all of Sarah's articles
More Articles by Sarah
Print This