What Is an Abdominal Migraine? 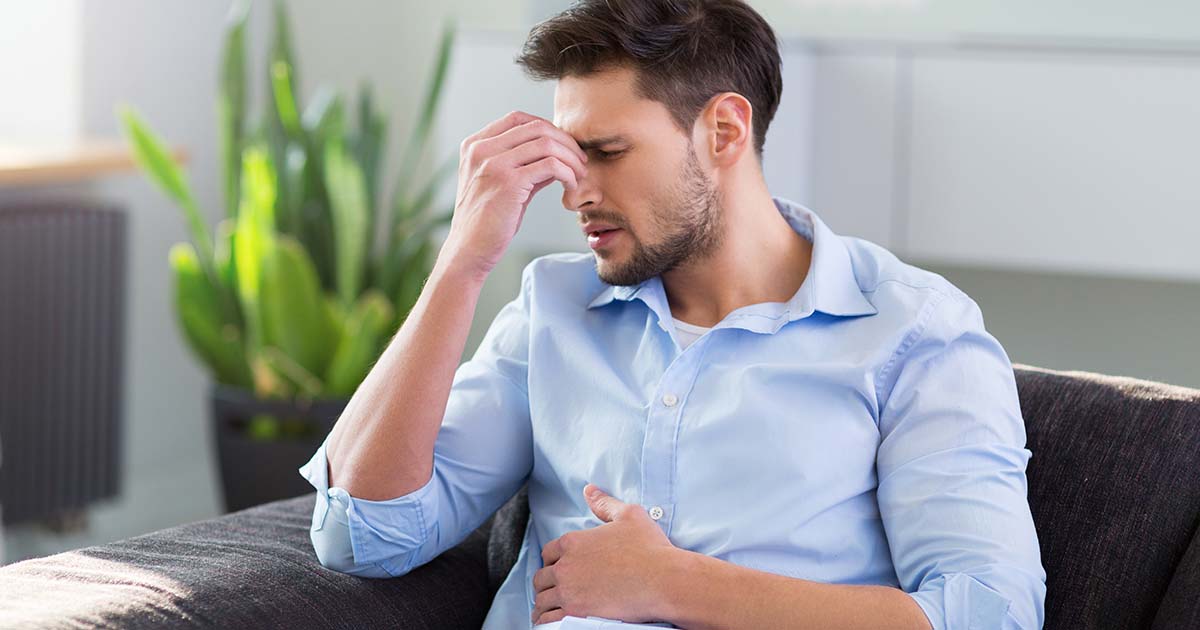 What Is an Abdominal Migraine?

The International Headache Society defines an abdominal migraine as an idiopathic disorder seen mainly in children as recurrent attacks of moderate to severe midline (center) abdominal pain, associated with vasomotor symptoms (hot flashes, flushing, night sweats), nausea and vomiting, lasting 2-72 hours and with normality between episodes. A headache does not occur during these episodes.

An abdominal migraine is rare, but not unknown, in adults. Other disorders are ruled out first, such as irritable bowel syndrome, lactose intolerance or reflux before an adult is diagnosed with an abdominal migraine, which can take several years.

According to a review done on abdominal migraine,

It isn’t visible what the cause of abdominal migraines are. Some researchers believe that it is related to neurologic and endocrinologic (hormonal) changes and may be caused by shifts in serotonin levels.

Genetics may also be involved as an abdominal migraine is found in children whose families have a history of migraines.

What Are the Symptoms of Abdominal Migraines?

Pain can be severe enough to interfere with normal activities. Children may find it challenging to distinguish anorexia from nausea. Dark shadows under the eyes often accompany pallor. In a few patients, flushing is the predominant vasomotor phenomenon.

Foods That Trigger an Abdominal Migraine

Many of the foods that commonly trigger migraine headaches also trigger an abdominal migraine. These include:

It is a good idea to keep a headache journal to keep track of what foods were eaten and if an attack occurred afterward. Identifying and avoiding food triggers will help to lessen the frequency of attacks.

Other triggers that may produce an attack are:

There is little evidence available to base recommendations for the drug management of abdominal migraines. The small amount of literature available suggests that the antimigraine drugs pizotifen, propranolol, and cyproheptadine are effective prophylactics.

The treatment of abdominal migraines is usually taken in a two-fold approach – to reduce symptoms and to prevent or lessen future attacks. Some of the medications that have been used to treat patients with an abdominal migraine include:

Homeopathic Treatments for an Abdominal Migraine

The following homeopathic treatments could be used to treat an abdominal migraine, under the care of licensed homeopath or naturopath:

Treating the symptoms of an abdominal migraine can be done at home as well. Here are a few options you could use:

These wristbands provide natural relief from nausea through acupressure. The pressure points P6 (for adults) and H7 (for children) are often targeted.

Peppermint oil is a natural way to treat nausea. This can be achieved by rubbing a few drops onto the abdomen, putting a drop on the wrists to soothe nausea and motion sickness, or using an essential oil diffuser to inhale it.

Sipping on a cup of ginger tea can help relieve nausea. You could either buy a good quality ginger tea or boil slices of ginger root in water with some lemon and honey for several minutes.