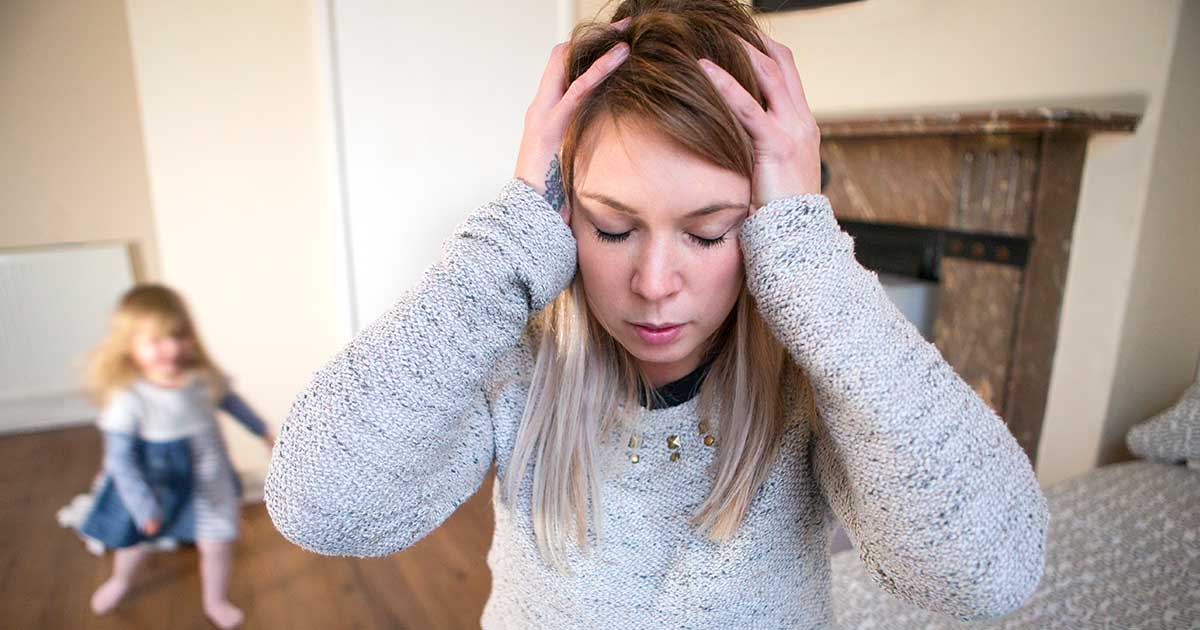 Being a Mom With Migraines

I asked myself the other day, “Which came first, my kids or my migraine headaches?”

I had to do a little thinking back, since I had migraine pain long before I was actually diagnosed. But once I accessed that part of my memory banks, it was very clear that my kids were present long before my migraines, and I have to wonder if either hormones or a raised level of stress and chaos played a role in the appearance of this chronic condition.

I have read that migraines can be triggered by fluctuating hormone levels and often occur in women just before their monthly menstruation occurs. These are referred specifically to as menstrual migraines. I have occasionally noticed a similar pattern in my own life, but after my second child was born it felt like I was in a constant cycle of either having a migraine or recovering from one. And she was an awesome baby who slept through the night and rarely put up a fuss, so it was not the noise level that prompted the numerous attacks.

But I have to wonder if the stress that is “motherhood” on some days triggered just the right chemical reaction in my body to set the stage for a lifetime of migraines. I feel that once the body establishes a reaction-type pattern, it tends to stick to it for a while – at least until the cycle can be broken.

I think life, motherhood, stress over money and work and PTO fundraisers combined with that intense perfume on my neighbor at the bus stop created the perfect conditions for a migraine to form. So it did… for about the next 16 years.

Then, a miraculous thing happened. I woke up one day and did not have a migraine coming on. I was divorced and finally living a somewhat peaceful existence. I had survived a lot and grown stronger as a person through it all, so stress had a tougher time reaching me like once did. I had a few years with very few headaches and it was bliss.

Then, a few years later, I remarried and had my third child. Pregnancy at 37 was a shock to my body and my mind and I suddenly found myself with that familiar old feeling of a nerve being pinched throughout one side of my head and my eyes ready to explode from normal daylight. My migraines had returned.

Coincidence? Honestly, who knows? But I am rather afraid that I have another 15 years of migraines ahead of me. There was no lull in my migraines as I had my fourth, and final child, and now they remain something I must endure at least twice each month.

The Hormone and Headache Link

According to researchers, migraines seem to be connected to changes in the levels of the estrogen hormone in some women – which drops right before menstruation each month. Basically, premenstrual migraines happen during or after the time when the female hormones, estrogen and progesterone, drop to their lowest levels.

You May Also Like:Preventing Migraines From Ruining Your Trip
Related Search Topics (Ads):

We all know that pregnancy can cause shifts in your body chemistry for months following birth. Birth control pills can also perpetuate the fluctuations and promote migraine attacks.

It is also theorized that migraines may involve changes in nerve pathways, neurochemicals, and blood flow in the brain itself. Basically, the body’s chemical balance is off, which causes blood vessels to swell and stimulate the pain response. Researchers have also noted that the neurotransmitter serotonin may also play a key role in migraines.

Next page: what is a mother to do?